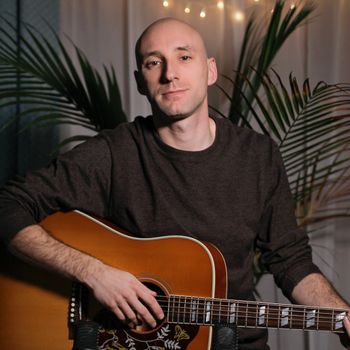 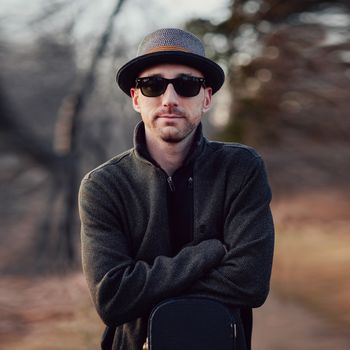 Hi, I'm Jimmy! I'm a guitarist from the great state of New Hampshire, where I've lived most of my life. I grew up in the small town of Gorham in the beautiful White Mountains, and now live in Dover on the seacoast, near the Maine border. I love the warmth of the summer sun on beach days, driving with the windows down, and visiting seaside restaurants. I love breathing in the crisp cool air of fall in the mountains as the tree leaves change to fiery reds, oranges, and yellows. I love the rush of a raging river and smell of the earth in springtime as the last snow melts and the first buds appear on trees. I hate winter. Or at least I used to, because now winter is when I have the time to record video game music covers!

I've been playing the guitar for the majority of my life, and I've been playing video games even longer than that. As a child I played Sonic the Hedgehog and other Sega Genesis classics, but then as time went on I discovered RPGs. The beauty in the stories and music really captivated me, and still does to this day. Final Fantasy VII was the first game I really fell in love with, and because of that I think it will always be my favorite. Although I can't find as much time for gaming lately, I still listen to game music often, and do still occasionally get caught up in a new game and can't put my controller down (FFVII Remake I'm looking at you...).

I've been playing guitar since I was 14 years old. I'm completely self taught. I can't read music and have never had a guitar lesson. In my younger days I was a big fan of punk rock music, and that shaped my playing style. It was loud and fast, and I owned strictly electric guitars for my first decade or so of playing. I played in a few different bands over the years (most notably "Short Term Memory" and "Down With Me") and I was always the producer when it came time to record. I also have released a handful of albums as a solo artist as "James R. Gray." At this point I hardly ever touch my electric guitars. I love to play the acoustic, and have very recently picked up my first classical guitar. My current collection includes a Gibson Les Paul 60's Tribute, Fender Telecaster, Gibson Hummingbird, Martin D15M, Cort Earth 200, Fender CD-60, Cordoba C5, Martin Backpacker, Ibanez acoustic bass, and a couple ukuleles.

In high school I started to get interested in the idea of recording music. At that point, 4 track cassette recorders were still much more common than audio interfaces, and to multitrack a song was no easy task. I got a Fostex MR8 standalone recorder and tracked dozens of songs with my friend Derek. We had a few cheap microphones, and learned some techniques through experimentation. Once I had done some research and learned more about record production I started on a quest for gear and began accumulating nicer microphones and recording devices.

I attended the New England Institute of Art in Boston to study the production side of music and graduated with a degree in audio production. For a short time I operated a commercial recording space with a friend of mine in Rollinsford, NH, but the high price of rent eventually led to closing the space. At this point I had 20 some-odd nice microphones, a large format vintage analog console, rack compressors and EQs, microphone preamps, and high end converters and interfaces, which all ended up at my apartment in my guest bedroom.

Another hobby of mine had always been photography. For a decade I dabbled, and was handy with a camera but mostly shot landscapes. However, a few years ago I started doing weddings on the side and it really took off. I went all in on it, and through word of mouth, advertising, and lots of hard work I was able to quit my construction day job and make it my full time career in less than a year. Wedding photography is basically a very fun blur of a day capturing the wedding, and then weeks and months editing the photos on a computer. While editing, I almost exclusively listen to game music covers in the background. A VGM playlist is the perfect warm blanket of relaxation and nostalgia that lets the mind empty and focus on the task at hand.

In 2020 there was a global pandemic, as I'm sure you know! Wedding season was short that year, and when it ended in November I decided to put my mountains of equipment to use and start recording my own game music covers. Over the years I had made different covers of songs from Final Fantasy games, ranging from MIDI instrument re-mixes to lo-fi chill hop beats and punk rock covers. However, it was time to be true to my own style and perform on acoustic guitar. I started my YouTube channel "Jimmy On Guitar" and decided to tackle the task of arranging and recording the soundtrack of Final Fantasy VII in its entirety from front to back on acoustic guitar. It didn't take long to connect with some great people. I was blown away by the support from new fans, punk rocker friends, and even from some of my favorite game music artists I'd been listening to on repeat for years.

It's still just the beginning for this project, and although at times during the busy work seasons I might have trouble with consistently releasing a new video, I will always come back when I can! Thank you for being here, and thank you for your support!